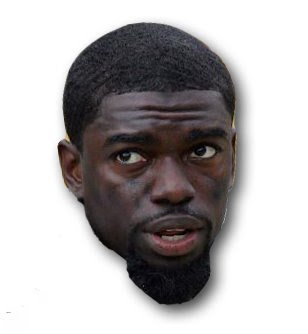 The dust has settled from the three day NFL draft. And it's time to weigh in.
If you missed the draft, here is a rundown of the players selected by the Steelers.
After the draft, I like to evaluate two questions:
1. What was the strategy?
It's difficult to clearly label Kevin Colbert strategy. Philly likes to draft linemen and New England will almost always trade down, but the Steelers will sometimes trade down, sometimes trade up, sometimes draft for need, and sometimes draft the best player available. Whatever the strategy, the front office has done a great job the last 10+ years.
This year, after the first round pick, the most puzzling decision was the drafting of three linebackers. With Harrison, Farrior, Timmons, Woodley, Foote, and Fox already in the line up, the Steelers had bigger positions of need. The depth at outside linebacker was pretty weak, but Jason Worilds and Thad Gibson won't be making much of an impact on this defense any time soon unless Deebo or Woodley gets injured. Defensive rookies rarely start for Dick Lebeau. Joey Porter, Jason Gildon, LaMarr Woodley, and James Harrison first made an impact on special teams before becoming starters. And if there is one area the team needs to improve, it's special teams. So maybe Worilds, Gibson, and Sylvester can improve the special teams while they make the transition from defensive end to linebacker.
With the rest of the picks, the Steelers tried to add competition in a variety of spots. Another late round lineman will push the back up tackles. A new third round wide receiver can be tutored by Hines Ward and hopefully become the next Mike Wallace. A late round corner to push Joe Burnett and Keenan Lewis. A big running back for the fans to adore. And a developmental project at defensive end to push Ziggy Hood and Sunny Harris. Mike Tomlin loves competition. Hopefully the rookies will provide it.
2. Is the team better after the draft?
There are three ways this team improved through the draft.
1. Offensive Line - The O-line needed an infusion of talent. Maurkice Pounceyis a talented man. If Pouncey can play well at right guard, the Steelers could become a dominant offensive team. The Steelers struggled running the ball in the red zone. As a result, they kicked a lot of field goals. Willie Colon and Pouncey, with Kemo pulling from the left, should be able to open more holes for Mendenhall. Trai Essex wasn't bad in pass protection last year, but he's more of a finesse player than a mauling blocker. With Big Ben out four to six games, the Steelers need to become a much better rushing team. Maurkice Pouncey will help.
2. Special Teams - The team didn't draft a bunch of back up linebackers for nothing. Speed and desire was desperately needed on Special Teams. There are no excuses.
3. Cornerback - At the end of the day Friday, I was really confused. The Steelers needed help in the defensive backfield and a late round pick wasn't going to cut it. Ike Taylor, Willie Gay, Joe Burnett, and Keenan Lewis were torched last year. They combined for one interception. Beyond offensive line, it was the one area that desperately needed some help. The front office noticed and brought back an old face - Bryant McFadden. McFadden is by no means a superstar, but he can fill the #2 cornerback role and let Gay and Burnett continue to improve in the nickel and dime packages. This is a big upgrade and, combined with Troy's return, should make the Steelers a top three defense next year.
Overall, I would have liked to see the team get more players that could make an immediate impact. Depth at safety and youth on the defensive line wouldn't have hurt either. Many called this draft one of the strongest in a decade. In the near term, the Steelers got only one or two players that will improve the team immediately. Guys like Worilds, Gibson, and Sanders need some time to develop. Who knows? Maybe Dwyer can become the big back that Pittsburgh loves. But that's not the Steelers M.O. The team almost always drafts for the future. It's worked well in the past. Let's hope it continues.
Posted by Josh at 11:16 AM