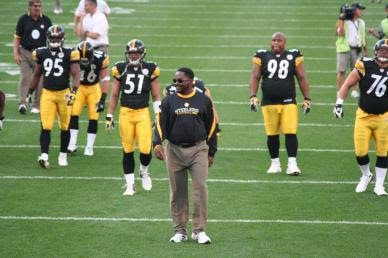 Tomlin leads the team into Denver this week for a Monday night clash with the 6-1 Broncos. Denver just happens to be where two of the three Steezbros reside. You better believe we will be out searching for Tomlin, once the team arrives to the Mile High City. We will also be attending the game on Monday in full Steeler's regalia, so be prepared for alot of pics next week from Invesco Field.

I posted this in my links column on Friday, but since it is a rap about Tomlin (He's the boss), I thought it should be posted again in this space. So, once again, the Tomlin rap:


Our weekly literary showcase continues with another stellar effort from Jenn Z.:

Mile High Stadium will be filled with crowds,

Watching football from the clouds.

But a win tonight, the Broncos won’t approach.

Tomlin’s too smart, and his supporting crew

Will hand McDaniels the worst loss he knew.

The victory will be sweet, but with a touch of injustice,

For in the stands, the Steezbros. But at home, the rest of us.

I recently found a ton of pictures from the Superbowl. It made me think about last season and how we were pretty much in the exact same place at this point last year. I am fully confident in Tomlin's and the teams ability to get us back to the promised land. Here is what we are shooting for: 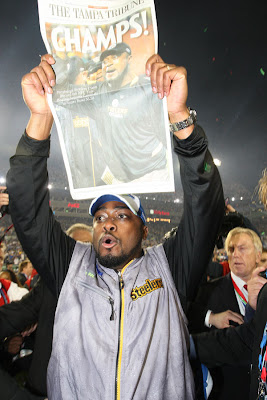 In case you forgot, we are still the defending champs. 5 year grace period. We are actually in a double grace period this year and next. Let's make next season a triple! I liked this pic because it is a picture of Tomlin holding a picture of himself! 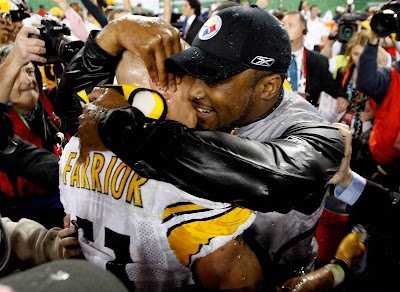 Tomlin might be closer to his players than any other coach in history, yet he maintains their respect. 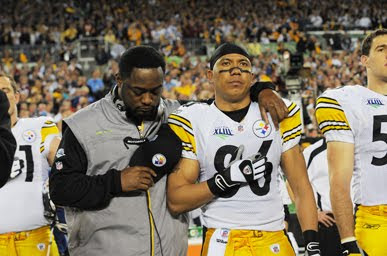 I call this respectful Tomlin, but maybe they were planning for Hines to have one of his best seasons ever after winning the Superbowl. It's pretty incredible the year he is having, especially considering the physical condition he was in after the season. 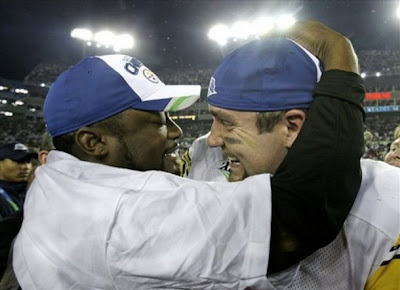 Another player having an awesome season, Bungy (Ben). I would like to be in on this hug.