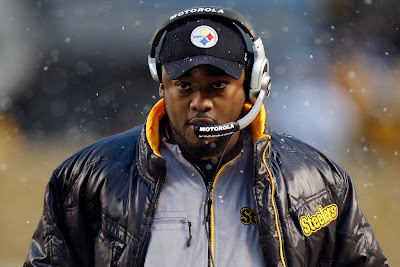 It's Thursday yet again which means time to pay tribute to our Superbowl winning leader. It amazes me how short Steelers fans' memories can be as demonstrated perfectly by this reader in the Post-Gazette yesterday:

Question: Isn't it obvious yet that Mike Tomlin is a poor excuse for a coach? His first two drafts stunk and the defense is showing its age now that Troy's out. The players won the Super Bowl, not the coach; extending Tomlin's contract will mean the competitive death of this team.

BOUCHETTE: I wondered how long it would take for this kind of reaction. Three games after his team won the Super Bowl in his second season and you want to run him out of town? His first team also won the division despite a spate of injuries. The Steelers are 1-2, having lost both games by three points, one in overtime, both on the road. Plus, his first two drafts -- they are not solely his drafts, by the way, they do have scouts and a personnel department -- did not stink. The first draft under his tenure included linebackers Lawrence Timmons and LaMarr Woodley, who contributed greatly to that No. 1 defense and a Super Bowl victory last season. So too did current starting corner William Gay. He's also the one who installed James Harrison as a starter, and all Harrison did was set the Steelers' sack record and earn NFL defensive player of the year. I'd say that Tomlin has been a resounding success and the Steelers remained thrilled with their choice of him as their head coach.

The idiocy of this fan aside, at the the very least Steeler Nation needs some inspiration heading into this week against SD coming off two straight last second losses. I happen to be inspired by our coach who won us a Superbowl in his second year. I hope you are as well. I also find inspiration in reader submissions, like the following, once again from Jenn Z:

There once was a coach named Norv Turner,

A playoff spot? His Chargers won’t earn her!

Tomlin will coach so well, Steez fans will cheer and will yell;

For Week Four will sure be a barn burner!

If going up against a Norv Turner coached team doesn't give you some inspiration, how about some pics of the badass known as Mike Tomlin to fire you up. 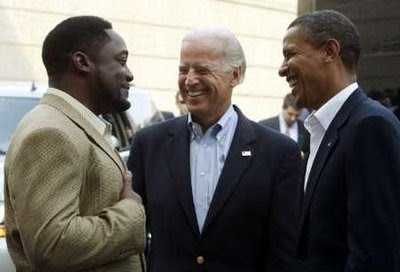 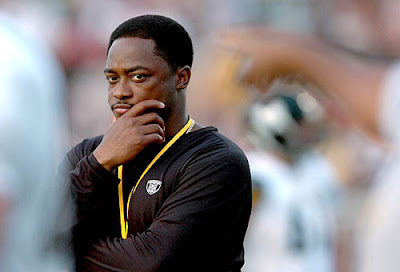 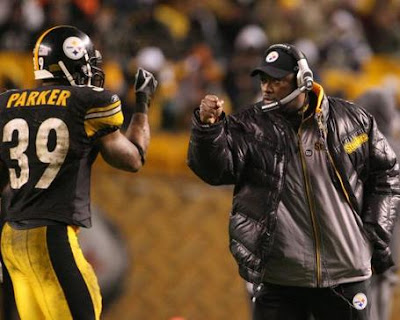 Tomlin trying to fire up the running game. 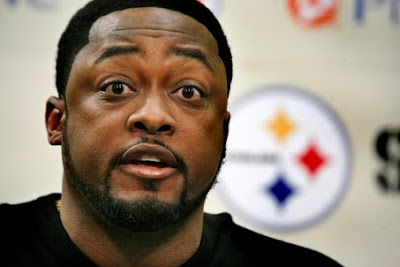 Coach Tomlin doesn't give a damn if you think the season is in the shitter. He will not let the team lose this week.
Posted by Elliot at 12:02 PM