Is This Real Life Right Now? 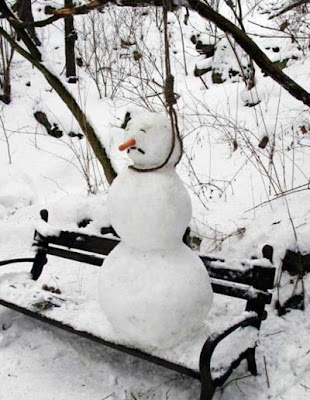 First off I would like to apologize to the SteezBros, SteezBros Nataion, and the rest of the blogging community for my abrupt and unexplained absence from this community. It appears that I have bitten off more than I can chew with school and two jobs and as a result have neglected my duties as a Steezbro and as a part of Steeler Nation. I haven't been on the internet to read or contribute in many weeks and even more embarrassing I have missed games because of work. Some say this is part of becoming a grown-up but I say that that is a lame-ass excuse for old people, who are trying to convince themselves that they are real fans.

About a month ago everyone was beginning to love this years version of the Steelers and saying they were on the path to repeating and the love fest was on. Well Tomlin and Co. must be color blind because we are not on the yellow brick road any more and apparently were on the fast-track to the highway to hell. --Disclaimer this "hell" I speak of is the opposite of the "hell" Mike Tomlin promised to unleash for the rest of the season, because Tomlin's "hell" is actually a foam padded room with a bunch of sissies running around with Sock 'em Boppers on while wearing helmets and pads and no shots to the head or below the belt are allowed. PS you can't hit as hard as you can either, you may break your Sock 'em Bopper and actually hit someone (Josh did this to me several times in our youth, it's not that pleasant). Mikey T I love you, but please step up your shit, because your team is piss poor which you have now promised several times to not let happen but it has continued.

What happened to our D??? We cannot tackle, when we get to the QB we can't finish, coverage is not a term in our vocab, and we are letting below average QB's rip us a new one at the end of the game. After holding Oakland to 6 points all game we allow 3 TD's in the 4th??? WTF!?!?!?!? What I am about to say is blasphemy, but has Coach Dad Lebeau's age caught up to him? How is our defense slipped up so badly when we need it the most? As always our team still lacks the killer instinct that is needed and refuses to put teams away early in the game and lets them linger and their confidence to build going into the end of the game.

Early in the year I praised Ryan Clark and begged for his extension, but at this point I have no problem seeing him go after the year. He has not been himself all year and along with plenty of others on this team, has blown his assignment and/or let up a big play that should have been defended quite easily. After watching this team I am completely convinced that Troy is the best player in the league. Hands Down. TROY POLAMALU IS THE BEST PLAYER IN THE NFL!!! The difference with and without him is black 'n white. I dare you to take a look at our record with him in the game and us without him. This team lacks the self-need to be the best and show that they are the biggest, baddest, D in the league. Somehow we are still ranked in the top 5 in total defense in the league, which to me is a giant surprise. Willy Gay and Lawrence Timmons are also disappointments this year.

On to a positive (kind of) note. If somehow we make it to the post season, which I don't see happening because a couple of teams will have to shit the bed and us win out, the last time we had at least 3 losses in a row, coupled with a looming Bengals AFC North Championship, and everyone counted us out, we sneaked into the playoffs as the sixth seed by winning out and shocked the world by winning 3 games on the road and won Super Bowl XL. Hopefully this time history will repeat itself and we will be playing into January and crushing fools like normal. I should be making a return next week as a hiatus from school and work looms ahead. Again I'm sorry to all and hopefully some of my hate will satisfy the hungry dogs out there.
Posted by Alex at 4:46 PM