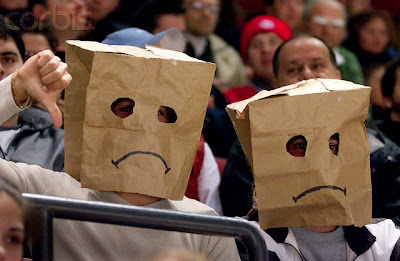 I know everyone is upset by the fact that the Steeler's season is effectively over causing Tomlin Thursday to be postponed but there is still football to be played and there is still hope. "Remember, Red. Hope is a good thing, maybe the best of things, and no good thing ever dies."
Imagine how epic a run it would be if the Steelers could somehow get up off the mat from this debacle and get to the Superbowl. I'm not saying I think it is going to happen, just that there is still a chance, albeit a really small one. I just can't wrap my head around the fact that for the second time in 4 years we could miss the playoffs after winning the Lombardi. 5 year grace period. 5 year grace period. Here is how we could avoid that scenario according to John Clayton:

Without making this too complicated, the AFC wild-card race probably will come down to the Week 17 matchup between the Steelers and Dolphins.

The Broncos appear to have the AFC's first wild-card spot locked up unless the San Diego Chargers slip and the AFC West title becomes a possibility. Denver is 8-4 and has winnable home games against the Chiefs and Raiders. The Broncos will reach 10 wins. There is no guarantee that the No. 6 seed will do the same.

The Jaguars face the biggest problem even though they are currently sixth in the AFC with a 7-5 record. Their next three games are against the Dolphins, Colts and Patriots, and they could lose all three. The Ravens (6-6) still can reach nine wins because they'll play Detroit and Chicago at home and finish the season in Oakland, but to reach 10 wins, they also would have to beat the Steelers at Heinz Field in Week 16.

The Steelers should beat the Browns on Thursday night. Then they'll need to win home games against the Packers and Ravens to head into the season finale in Miami at 9-6. The Dolphins would have to beat the Jaguars, Titans and Texans to be 9-6 heading into that last week.

The journey begins tonight, as the Steez play perennial punching bag Cleveland. If there is a way to get this season back on track, it would be a throttling of the Brownies. However, I would have said the same thing about KC and Oakland and we all know how that turned out (slamming my head on my desk). The weather tonight is calling for cold, high winds and snow. Sounds like a battle in the trenches to me which should favor the Steelers. Our D is pretty solid against the run. Cleveland has no running game and our running game has been fairly decent this season. Brady Quinn can't throw in good weather. I am fully expecting the Steelers to win this game but it will be close, similar to last year's 10-6 affair in similar weather conditions.

The game tonight should be an excellent measuring stick to see whether Tomlin has lost the team. I would like to think he can hold the ship together and finish the season strong but there is clear dissension among the ranks. After Hines called out Ben for not playing with a concussion, Ben came back with a "Hines will do what is best for Hines" comment regarding Hines's injured hamstring this week. Although definitely true, Ben should have kept his mouth just like Hines should have done the week before. Tough times bring good teams closer together not tear them apart. I am interested to see which direction this group goes starting with this evening's game.

Another factor that will keep this game close are injuries. Troy is out and may not play again this season according to some sources. Hines is out with Tyler Grisham up from the practice squad to take the 4th WR slot. That means my favorite jersey purchase, Limas Sweed will be on the field tonight to drop some key passes. I really hope he can show something tonight. William Gay is out with a concussion caused by his teammate, Ryan Mundy. Joe Burnett will get most of the reps replacing him but Keenan Lewis will also see some time. It is important to get these rooks some reps to see what we have going forward for next season. Get the bumps out of the way this year and we will be better for it next year. Some links to keep you busy at work until kick:

Tomlin claimed that roster moves would be made in the wake of our 4th consecutive loss. Here are the moves PGH would make.

The Tomlin press conference this week with commentary by PGH. HERE

Since losing has been a theme of late in the 'burgh, here is a list of the 50 most devastating losses in Pittsburgh sports from 1990-today. (Mondesis's House)

It is being reported in various places that Hines Ward WILL play tonight.
Posted by Elliot at 10:55 AM