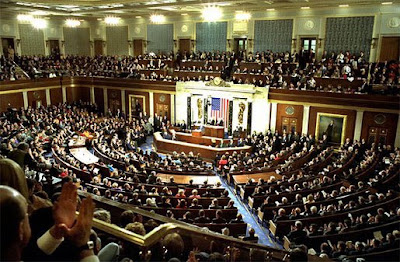 I meant to post this on Sunday, but I got a little sidetracked and had some other business to attend to and school is crazy and I finally had some time today so here is the bye week State of the Team Adress.

Quarterback: Bungy has played really well this year but I’m really starting to worry about him. First of all, he has been taking injections in his shoulder during the week. This makes me wonder how hurt the shoulder actually is and for the long-term heath of our franchise quarterback. I think he will undoubtedly need surgery at the end of the year if not before. At the same time he is still playing out his ass and without him we would definitely not be 4-1 and in the driver seat of the AFC North. Imagine if he was completely healthy and had an offensive line. This is the second area of concern with Bungy. He is holding onto the ball too long and getting sacked at an outrageous rate. Him holding on to the ball does allow him to make some of the plays that are the reason we love him (e.g. 3rd and 18 in 4th quarter at Jax). If he continues to take the beating he has been, and if the bye week didn’t allow enough healing of his shoulder, he’s going to be hurt before the end of the year. If he is healthy and playing great we are legit contenders.

Runningbacks: If Fast Willie Parker ever is 100% again this season and Bruce Arians actually uses our RBs like he should we will be in great shape. But I’m not sure that’s a reality. Arians is a giant ass and is by far the worst coordinator in the league. Maybe after the Jacksonville game he will realize that screens and quick passes will really open up our offense, but that is the epitome of wishful thinking. I hope he gets fired ASAP. Willie had a setback with his MCL sprain yesterday in practice. Apparently he stepped in a hole and re-aggravated it. Don’t ask me how there is a hole in the Steelers’ practice field. Last time I checked they didn’t practice in the astrodirt behind the upper parking lot at DAHS. Mewelde Moore showed last week that he can step up and play at a high level and has earned a spot to play an actual role in our offense. We now have Dump Davenport back as well. In some pitiful, awful, insert any negative word here, way that helps our kick return game as well.

Wide Receiver: Hines and Santonio are one of the best WR tandems in the league right now. Either one of them can kill you at any moment of any game. Hines will usually kill you (by kill I mean get a fine) by throwing a crushing block, catching one of Ben’s crazy improv plays, or that sure handed first down grab on third and long. Santonio is a big play threat every time he touches the ball and is also becoming a possession receiver. Nate is coming into his own as well. He has made some pretty big plays for us and is becoming a nice #3 guy. Sweed will finally get a chance to hit the field this week because of an injury to Dallas Baker the Touchdown Maker. Sweed has not received a chance yet but needs to capitalize now that he is getting one. We have some serious weapons on our offense, if only Arians could utilize them.

Tight Ends: Not much to say here because we don’t use our tight ends. Heazy is a beast but Arians refuses to use him like he should. Heath could be everything Witten is to Dallas but Arians sucks. Spaeth could be used more too but he has been kind of shaky as well. McHugh is filling in for Carey Davis.

O Line: They’re not playing very well. They are letting up entirely too many sacks and are getting embarrassed. They have created a little bit of running room but the pass protection is pitiful. I know sometimes Ben holds on too long but there are plenty of times when we have two guys blocking one and another guy or two are coming in untouched. We need to get our heads out of ass, stop thinking, and just start playing football. We played well against Jacksonville but the Jags pass rush was awful and they really didn’t blitz. This unit needs to become one and really start to play well. We go as far as they take us. Losing Simmons might be a blessing in disguise.

D Line: Playing outstanding right now. Depth was the biggest concern and our backups are playing great. Two-thirds of the line went down and we didn’t miss a beat. They are crushing people right now. Getting Snack and Keisel back is just going to make our D better than it is right now.

Linebackers: We have the best set of LB’s in the league no doubt. Lawrence Timmons would be a stud starter on any other team in the league. But he’s in our nickel package. Woody and Silverback are killing fools on the field right now and compliment each other perfectly. Once we start using our exotic blitz packages, how can you possibly stop these two on the outside along with Farrior, Foote, Timmons, and/or Polamalu stunting through the middle? Dicky must be having a ball right now thinking up these schemes. Farrior and Foote are solid in the middle. They do over pursue sometimes though.

Defensive Backs: They are playing pretty well right now. McFadden looks great and might finally have unseated Deshea as the starter. The old Polamalu is back and is a force. He is wrecking people much like he does the table in the sick new Nike ad. Clark is playing good ball now that he has healed from losing his spleen. Ike is playing okay. We don’t see much of him which is usually pretty good.

Special Teams: Skip is a solid kicker. He is a real asset to this team. Mitch Berger was on the 15-1 Viking team, enough said. Greg Warren does his job, too.
Posted by Alex at 4:05 PM