Must win against Jax? 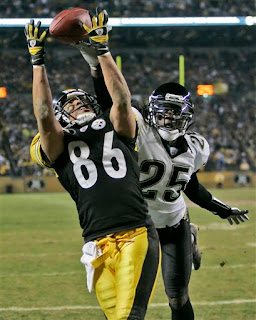 Breathe easy. I know you were worried that we got in a bath tub, turned on the water, and plugged in the toaster after watching the Steelers offense in the first half of the Baltimore game. But, we’re still here. I just needed a whole week to cool off after watching three of the most boring games in Steelers history the last three weeks. If I posted a blog after the game this week, it probably would have been a profanity-laced diatribe declaring my hatred of Bruce Arians. But, I’ve had time to relax and accepted that our offensive coordinator is an idiot. I had many other thoughts about this week’s game, but these two posts (here and here) pretty much covered most of my thoughts. Although, my biggest concern about the team that doesn’t seem to be getting much coverage is that the defense allowed Joe Flacco to drive 80 yards for a game tying drive in the 4th quarter. I’m not sure that bodes well for the rest of the season.

Anyway, back to the title of this post. I particularly hate when announcers state that this is a must-win game for a team, but it’s only the second week of the season. Truly, there aren’t many must win games until the last couple games of the season. For the Steelers, they have an incredibly tough schedule from here on out. Here is the schedule for the next thirteen weeks.

Cinc: The Bengals suck. Let’s hope they give Marvin Lewis a contract extension. 5-1

Was: Steelers get caught up in Washington hype on Monday night, the day before election day. Campbell throws a late touchdown. Loss. 5-3

Ind; We get back on track at home. Harrison and Woodley put pressure on Manning. Win 6-3.

SD: Rivers, LDT, Gates too much power. Sproles returns a kickoff for a TD. Loss. 6-4

Dallas: TO is a distraction after we get pressure on Romo. Steelers rise to occasion at home. Win. 8-5

Balt: We always seem to split with Balt. Loss. 8-6

Titans: Haynesworth kills the interior of our line. Ben gets sacked 18 times. Loss. 8-7

Browns: Brady Quinn has never faced the Steelers. Too bad for him. We need this one to make the playoffs. Big win at home. 9-7

Looks like you were right on the money with your Jags prediction. D played pretty well too.

I went through the schedule myself and predict a 10-6 or 9-7 season so I'd say right on the money...