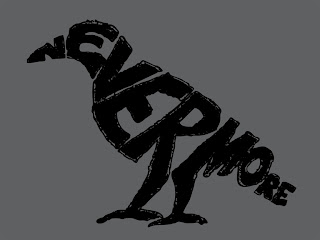 The Steez are in a world of hurt. After a beat down by filthadelphia, our players are hurt as bad as our pride. Willie is banged up and will be out for at least this game and next. Big Snack is down for the count this week, too. Another GIANT loss (both to the play of our D and body size) to our D line. The only remaining piece is Aaron Smith, arguably one of the best players on our D. Kirshke played well last week as did Roye and Eason, but now the have to spots to fill instead of one. Chris “I’ll jump in the Mon in January for any money” Hoke will also join in the rotation. Deshea and Troy are hurting as well but should play. Somehow Bung is still living. He has suffered as much trauma in the first few weeks as the New Yorker’s windshield did on 2nd and 10th. Still, the worst person in Pittsburgh is Bruce Arians. Just a terrible, terrible game in philly. An awful game plan and refusal to adjust to the game. Everyone and their brother knew philly was going to bring the house and Bruce wouldn’t plan for it or adjust. No screens, runs, or max protection? Tomlin needs to take the reigns from him or fire him. He is awful. With the weapons in our offense we should be a top five offense in the league but somehow we are ranked 29th overall, 18th running, and 29th passing. Absolutely inexcusable. Arians today took blame for the game, but instead of promising to include ways to stop a blitzing D, his reason for why was to put the game behind and have people stop talking about it. Coward. He’s a stubborn bitch and needs to go. Bruce Arians is a nugget. If he were half the coordinator that Dicky is we would be the best team in the league.

When the Steez Have the Ball:

We now have Mendenhall forced into the starting lineup. Great week to throw him into the lions den. The Raven’s D is going to make his first start a memorable one, not for the good. To make matters worse after the coaches warned “Delicious” Mendenhall about all the trash talking the Ravens will do, he made him self all the more delicious by sending a buddy on the Ravens team a text that said he’s “going to have a big game.” Mendy then said he didn’t expect the team to see it and it was a joke. What an idiot. Bulletin board material at its finest. They are going to be relentless stopping the run and they’re going to bring a shitload of people at Bungy, too. Kemo, now nicknamed “Big Juicy” and Co. better step up this week. Don’t expect the offense to start budding this week. But, you never know what Bung can do. We did rip apart this team last year on Monday night wearing our throwbacks, which is the exact situation as it will be this week. Yup, gold helmets boys.

When the Nevermore’s have the ball:

This team is not that great offensively, but they have a very good run game. With 2/3 of our D line out and a rookie quarterback from a D-2 School who’s never played on the road or on Monday night, the Ravens will undoubtedly rely on the run and Willis McGahee, if he can play. He is listed as probable after the Brownies gauged his eyes last week. He has some serious swelling and if he can’t see he won’t play. The Steez will try to shut down the run and make Flacco, a former PITT QB, beat them and not be a “game manager”. Without Snack and Keisel this could be hard to do but expect there to be some exotic blitzes and looks to confuse the rook. This unit has played well this year and should look good again on Monday.

This is going to be another tough good game. This game is going to depend on the O-Line and Mendy. They need to gain some leverage and keep the troops off Bungy. If the run is established and Arians doesn’t abandon it and there is pass protection the Steelers can move the ball and easily outscore the Ravens but if it’s anything like last week we are in big trouble. First place is on the line. Steez 17-9.
Posted by Alex at 6:20 PM