Could it get any worse? 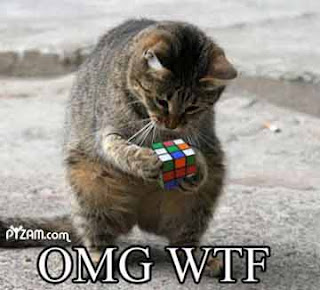 This recap is going to be short. Because the more I think about losing to the Chiefs, the more I want to run into oncoming traffic.

The only way the Chiefs could win this game is if the Steelers made major mistakes. Like say, special team gaffes and major turnovers. One kick return touchdown, three turnovers, and a ghastly blown coverage in overtime later, the Steelers lost to a 2-7 team.
It's pretty clear when you outgain your opponent 515-282 and hold the ball for 44 minutes and still lose that you made huge mistakes. An eighth straight game allowing a return touchdown, a terrible Heath Miller drop, and an unexcusable Big Ben pick in the red zone, turned this from a dominating win to a demoralizing loss. Perhaps even more concerning, the Steelers held a 7 point lead with 6 minutes in the game and the defense allowed a terrible offense (that was missing its best player) to score the game tying touchdown. And then put together a drive to win in overtime.

That's enough of this discussion. I don't want to even get into the details. At least Big Ben's injury doesn't look serious.
The loss is a huge hit to the playoff hopes, but the situation is not desperate. The Steelers still hold the second wildcard spot. If the Steelers beat Baltimore next week, and then follow that up with wins against Cleveland and Oakland, all is well. But if Baltimore beats Pittsburgh next week, this could be the second time this decade the Steeler follow up a Super Bowl with a non-playoff season.
My attempt at positive spin: could this game help Pittsburgh? The team just won the Super Bowl. It was 6-3 despite turning the ball over every game and allowing 8 return touchdowns. This is a wake up call. You are not that good. You cannot be careless with the ball. You cannot coast. In 2008, Pittsburgh was the most intense and passionate team in the league. I'm not seeing it this year. Maybe this will give the team an urgency that is missing. Or maybe the team falls apart.
Coach Tomlin, it's time for your team to show some mettle.
Posted by Josh at 8:11 PM