The Armpit of Pennsylvania 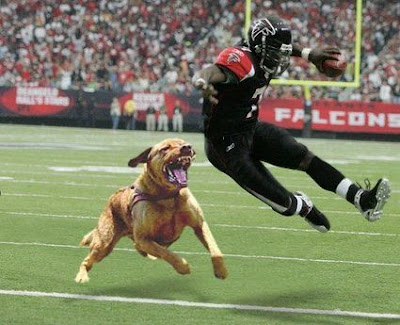 In case any of you out there don’t already know, ( I don’t know how you couldn’t ), I absolutely hate the Philadelphia Eagles. I hate the team, I hate the city, other than cheesesteaks, the University of Pennsylvania, and Ben Franklin, I hate their fans, I don’t like their coaches, and I don’t like their players. Two recent additions to the organization, if you want to call it one, help me to hate them even more. These two people are Mike Vick and Greg Lloyd. At one point in my life I once cheered for and liked both of these guys as players for the Falcons and Steelers respectively. With these two additions the Eagles have taken one giant leap towards becoming the Bungals. These two guys both are terrible moral characters. Let’s take a look at Vick first. 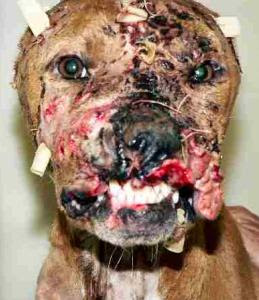 Michael Vick: I started watching Vick at VT, torturing the Big East. I then cheered for him throughout his career with the Falcons. He was the most electrifying player I had and may ever seen. Vick and the other Birds were always my hope to win the Super Bowl if the Steelers weren’t playing in it and also to beat the Eagles. He failed me pretty badly. And he somehow played the games of his life every time he played the Steelers. This was just the beginning of his slide towards hatred. Then came the dog fighting scandal. First of all he lied through his teeth to everyone he possibly could, including the law, his owner, team and the commissioner and still claimed his innocence. I freaking hate liars. Only after several of his murdering friends narked him out and he knew there was no chance of getting out of it did he plead guilty to try to ease up his Federal prison sentence. The details of what he did and financed other to do is disgusting it almost makes me want to vomit. Vick participated in not only fighting dogs which is sick enough, but for dogs who lost or refused to fight in these rings they would be beaten, electrocuted, drowned, slammed off the ground to death, and the lucky ones got shot. He is severely mentally sick. After only nearly two years of confinement he has been released and he faces essentially only a 4 game suspension( I believe) but he can still practice and play in the last two preseason games. Merely a slap on the wrist from the league after Adam Jones was suspended for an entire season just for facing criminal charges that he only ended up with a misdemeanor disorderly conduct on his record. I have a disorderly conduct on my record, not a big deal at all seeing that I’ve been hired for three different jobs in the past four months and not one has even mentioned it to me. I began to prepare myself to have to cheer for Vick when the Steelers were rumored to be the favorite to sign him. This was going to split my heart in the middle. I love the Steelers and I love animals. Could I cheer for a Steeler that brutally murdered pets? This rumor was ridiculous to begin with and when I found out he signed with Philly I was relieved. Now I can hate him with my animal side and my fandom side! After I watched the interview on 60 Minutes, I hated Vick more. He seemed very smug throughout the interview, and while he said obviously rehearsed answers to very predictable questions he still did not seem genuinely sorry for what he did. He is only saying he is because it’s the only way he can get himself back in the league and out of extreme debt. I can only hope that as the Eagles once again sign a moral issue player that this blows up in the face. 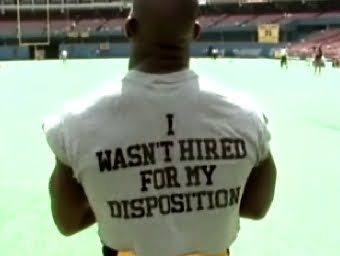 Now to Greg Lloyd, a new fellowship coach for the Eagles. Greg Lloyd is a Steelers great and one of the earlier players I remember from my childhood. He was beastly on the field and also in Tecmo Bowl. I also got his autograph at the DuBois Mall. But then I learned of a couple incidents that I cannot believe a person could actually do, much like Mike Vick. Greg Lloyd was a crazy mo fo which helped on the football field but you have to have a on/off switch for the gridiron and actual life. When Lloyd’s middle school aged son had received some poor grades, the father put a Glock in his mouth and according to the son said “you’re wasting your life away and if you want to ruin it, I can end it right now.” I thought my mom was a little extreme about grades when I would get the TV and video games or my car revoked until they were brought up to par but a gun in my mouth? I wasn’t even allowed to have a cap gun growing up. Then to make matters worse Greg also held a gun to his wife’s head a few years later.

This is what the Eagles are bringing into to help their organization and especially their younger players as role models. You would think after bringing in known team cancer TO into a locker room and watching him rip it apart they would have learned their lesson in bringing in bad moral characters into a locker room, but this season they have brought in at least two. Here’s to hoping this year’s additions finish like the TO trial without the Super Bowl appearance. Although it was nice watching them lose on the biggest stage on Earth, I don’t like the idea that if the other team screws up they get handed a Super Bowl and I also don’t have to listen to them boast about being in the Super Bowl forever.

PS All readers are encouraged to leave comments and their thoughts, advice, and suggestions in the comment section. Please give us your feedback and when you do we would appreciate that you enter your name and not leave it as anonymous. This will help us identify you and if we know you see your point of view.
Posted by Alex at 5:15 PM

I love you guys to death and while I agree with most everything you say here, this website is supposed to be about loving the steelers, not hating the eagles (and the whole city of Philadelphia for that matter). The slander and language used takes away from your credibility and professionalism, and will certaitly attract negative criticism. Not to mention, it's completely irrelevant (except for the Greg Llyod part) to the steelers. No worthy news source is going to want to link to your blog with all the "f" words. Who gives a rats ass what the other PA team is doing - we're trying to defend our championship!!!!

Thanks for your input. But we are not professionals and I am yet to see a news source link to a blog. And vick is relevant because the Steelers were the favorite to land him before he signed so it did impact us and the rest of Steeler Nation. Also I know a lot of Steez fans who share a hate for the Eagles as well but i definitely do agree that all the f words arent needed and we are trying to defend our championship

The favorites to land Vick, according to whom? How bout an "f" Baltimore article. They are much more relevant to the Steez and I hate them way more than some NFC East team that we hardly ever play. Furthermore, you have been linked to in the past by other sources (this according to the Heeb) but I'm sure that will cease after this bombshell of a rant.

Also, not once in your article do you mention how the signing of Vick impacts the Steez.

vegas where pretty much all favorites come from. I hate the ravens just as much as the next person and as soon as they do something to provoke a hate article Im positive i will write another bombshell of a rant and i did point out that us being rumored to maybe sign him we had to weigh the options of our steeler fandom and cheering for a sick person which impacted steez fans as people talked about it for a couple weeks leading up to him signing

I'm just sick of all the hate, Alex. I know you're better than that. When you say things like this, you're stooping down to the level of all those you're trying to ridicule. We have so much to be happy for as Steelers fans. Let's try to focus on that. Btw... this is, The Scerb.

Thanks Scerb. I will make a conscious effort to limit the vulgarity and hate in my columns and will try to not put down other teams but to bask in the glory of the city of champ'yinz love you bro

You are a scholar and a gentleman, and I love ya too bro!!!