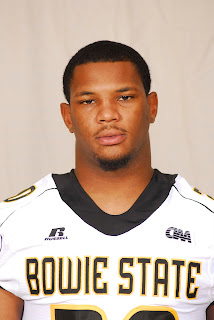 In a snoozefest of a first preseason game, the Steelers beat the Cardinals 20-10 based primarily on the play of the 3rd stringers. The first team offense looked out of sync and the first team defense let up some significant yardage from Kurt Warner. But I'm not worried about the first team . In 2005, the first team offense didn't score a touchdown the entire preseason and things turned out alright. Rather, let's focus on some individual performances from new faces.

The Good
Isaac Redman - You heard it here first. Isaac Redman = The Bus. Just playing. But the undrafted rookie scored the Steelers only two touchdowns and was a perfect 2 for 2 on goal line runs. The hype should start soon. Pittsburgh falls in love with one rookie FA running back each year. When that back is also the size of Jerome Bettis, things could get crazy. He's no longer a long shot to make the team, but as the preseason progresses watch to see Redman get goal line touches with the starters.

Sonny Harris - The 6th round pick out of Oregon hasn't done much in training camp due to injury, but played well with the 3rd team. He collapsed the pocket nicely a couple times and stood out among the third teamers.

Dan Sepulveda - I'm not looking at the stat sheet, but I think all but one of his punts traveled more than 50 yards. Almost enough to make me forget about Mitch Berger.
The Receivers - Limas Sweed, Mike Wallace, and Shaun McDonald all had nice nights. Sweed made a great catch in traffic and followed it up with a long bomb from Charlie Batch. It's going to be hard to keep him from the #3 spot if he keeps playing this way. Mike Wallace made several nice catches and got in position for a long touchdown reception, but Dennis Dixon threw the ball too late. Shaun McDonald looked like a real threat underneath as he made catch after catch from Dixon. I feel much better about the WR position than I did in the offseason.
Joe Burnett - Although he looked tiny out there, Burnett showed his ball skills in a near pick 6 off of former Steelers QB Brian St. Pinch (Pierre). But Burnett has much to learn about returning kicks for the Steelers. Lesson 1: Hold onto the damn ball.
Arnold Harrison - The back up linebacker looked big and fast. He generated pressure from the edge. Between the other Harrison, Fox, and Frazier, the linebacking corps has solid depth.
The Bad
Willie Colon - Can someone please teach this man to line up on the line of scrimmage?
Starting O-line - Not much running room for Mendy and a couple miscommunications. Granted Legursky was the starting center and Essex is new at right guard. Not worried yet, but not hopeful either.

Anthony Madison - Matt Leinart repeatedly picked on Madison. With competition from Burnett, Lewis, and Ratliff, Madison will have to hope his reputation as a special teams ace saves his roster spot.

Justin Vincent - No real chance to make this squad.
The TBD
Return teams - I was excited to watch Wallace at KR and Burnett at PR, but neither had a chance to shine. Arizona only kicked off twice and one was a touchback. Burnett fielded several punts, but most were deep in the zone. The fumble on his first return may provide an opportunity for Stefan Logan in the next game.

Mendenhall - He didn't look spectacular, but rarely had running room behind the offensive line. Although, he should probably get used to it.
Ziggy Hood - He made a few positive plays, including a sack. But nothing spectacular from Hood who played in the third team defense for most of the game. For the first preseason game, it was fine.
Bruce Davis - I wanted to include him in the bad, but he ended up with a sack, an interception, and a great stop on a screen play. Maybe he should be in the good section, but in the one area he should excel, getting pressure from the outside, he did very little.
Dennis Dixon - Dixon got the majority of the playing time and made a couple great throws. He's an athletic guy, but he isn't an athlete playing quarterback. He's a quarterback with athleticism. Did a nice job later on throwing underneath, but was late on several deep throws. Positive development for Dixon who could turn into a great back up. Nonetheless, I think Batch holds him off for one more year.
O-Line Depth - It's tough to get a read in just one game, but the rookies in the middle (Foster, Shipley, Urbik) seemed to do well out there. Tony Hills wasn't embarassed. Neither was Parquett or Capizzi. The back ups provided nice room for Redman to score a TD. These guys aren't studs, but they held their own against other 2nd and 3rd teamers.
Frank the Tank - Played more at fullback than I expected. Not sure why Justin Vincent was getting more carries than the tank. We'll see how this develops.
Overall, it was a good game. A lot of players got some work, the team won, and no major injuries. Let's hope the rest of the preseason is the same.
Any thoughts out there?
Posted by Josh at 12:04 AM

The Steelers have no chance this year now that the Eagles have signed Vick.

At least there were no major injuries last night. That's all that really matters to me in the preseason