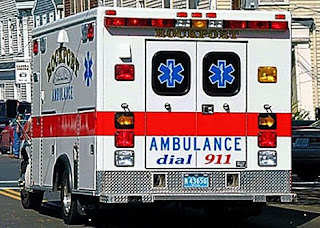 The injury bug that has plagued the rest of the league in the first few weeks his hit the Steelers full force. Out for this week's crucial intradivision matchup vs. the Ravens are:

Let's examine each injury and the effect it will have on the team and game plan for this week's game. 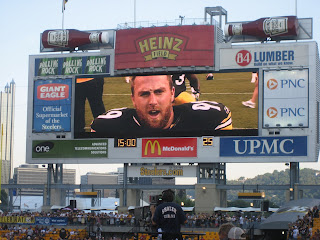 1) Keisel and Hampton are both important pieces on the D line. Going into the season, D line depth was an issue. Our D line is getting older, especially Aaron Smith and Big Snack. We have dependable backups in Chris Hoke and Travis Kirschke who have performed admirably when called on, especially Hoke. The Steelers front office also brought back a friendly face in Orpheous Roye after a stint with the Clev Brownies. Finally, there is Nick Eason who has played well this season.

Dick LeBeau likes to rotate his D line personal to keep everyone fresh later into games. With Keisel and Hampton out, he won't be able to do this nearly as much, leading to more tired D lineman late in the game. The starters will be Smith, Hoke and probably Eason with Kirschke and Roye coming in to spell them. Even though Hoke is a nice backup, he still is a downgrade from Casey. We will definetely miss the Snack blowing a few plays up completely when he ejects his lineman into the backfield. Playing a team like the Ravens magnifies the losses on the line. They are a run first team, especially since they start a rookie, Joe Flacco, at QB. Look for Harrison and Woodley to spend more time up on the line of scrimmage to guard against the run than dropping back into pass coverage.

2) Willie Parker's injury opens the door for our first real look at the Steez #1 draft pick this year, Rashard 'Delicious' Mendenhall. Delicious has only had 10 carries this year after a promising pre-season. He did have 2 fumbles in one of the preseason games leading to Steeler fans everywhere guaranteeing at least one fumble from him this week. I'm not predicting that, I have just been hearing whispers of it all around the city. Hopefully, we will see more of Mewelde Moore this week as well. He has only seen sporadic action thus far this season. Mewelde is a decent catcher of the ball. Hope springs eternal that this could be the week we start seeing some passes being caught by the backs. Losing Willie costs us some team speed and the threat of breaking a big one off to the outside. I think the Steelers need to establish the run early or at least establish that they are not afraid to run giving the ball to Rashard early and often to set up the play action passing later in the game. It will all come down to the o-line play, unfortunately. If it is like last week, it won't matter what plays we call. Unfortanely for Rashard, he is going up against the Ravens D this week. They have been one of the best defensive units so far this season. I see the O-line rebounding and Rashard having a decent day.

3) Deshea Townshend's absence has barely been noticed. Bryant McFadden has played outstanding ball so far this year, making plays happen all over the field. If Deshea does come back this week, I hope that McFadden remains the starter and Deshea comes in for nickel situations. Deshea isn't getting any younger and doesn't really have the speed anymore to defend the opposing team's number 1 or 2 receiver on the outside. He still has the skill and more importantly the smarts to cover the underneath stuff and jam the slot receiver coming off the ball. Also, being on the field less will help him not to get tired as easily.

Another key injury is Donovan Woods. He is a third string linebacker, but is a starter on special teams. Donovan has been all a beast on return coverage and has been a major reason for our improvement in kick coverage so far this season. We will defintely miss him this week in the kickoff/punt coverage situations.
Posted by Elliot at 1:57 PM