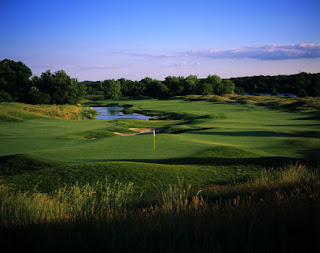 Power rankings here, here, and here (at the bottom).

UPDATE: Scouts Inc. gives Big Ben some love. Finally.
ESPN decided to make power rankings for each franchise since 1970. Where did the Steelers rank? Find out here.

Love the frame-by- frame posts from Dagger. Caution: Could cause Kemo love…

I didn’t read this piece until after the Browns game, but found it all the more interesting since Ben appeared to have trouble hearing the plays from the helmet mic.

Some nice analysis (my favorite, for all the blitzing fans, is shown below) in this post. Who am I kidding? I’m just impressed with the use of the word hegemony.

* One more thought about LeBeau. I thought it was brilliant to play the 'bend-but-don't-break' card during the Browns only meaningful drive of the game in the fourth quarter. A quick strike could have changed everything, but LeBeau forced Derek Anderson to earn every last yard on that drive. To Anderson's credit, he did a great job for the first 70 yards. But when you have to conver four or five tough 3rd downs in a drive, eventually your luck's going to run out, and you'll be forced to settle for 3 after having taken gobs of time off the clock. Very wise in my opinion, even if we had plenty of success with a bit more aggressive of a philosophy for most of the game.

If you have an hour to kill at work, TMQ is the best. Probably the article I look forward to the most each week.

The Brett Keisel news varies, but here is PFT’s take.

I love stats. Maybe explains why I’m a banker. This discusses some of Willie’s runs. It doesn’t mention that Kemo and Heath Miller were also pulling on nearly half the plays.

The Rooney’s are still weighing offers from Dan and Druck. I know it’s blasphemy, but does anyone else think that having a multi-billionaire owner, with roots in Pittsburgh, who wants the Rooney family to continue running the franchise is such a bad thing?

SteezBros is now listed on the Post Gazette – Blog ‘N’ Gold website. It’s half way down on the left.

From Steelers Fury Monday review. I’m with you.
Larry Foote misses an open field tackle every single game. He did have a nice standup of Jamal Lewis early on, a play where I was expecting him to get trucked. Lawrence Timmons sitting on the bench isn't a crime yet as he's still got a lot to learn and he still has to prove himself physically when the play comes right at him, but the clock is ticking. The Steelers will play a ton of packages next week, and that's good thing. Brian Westbrook has the potential to make Foote look downright foolish in the open field.

Thanks for reading. Come back on Thursday and Friday for two guest blogs. One from a Steeler fan living in Philly. Another from a Philly fan, with a different look at Sunday’s game.
Posted by Josh at 6:12 PM