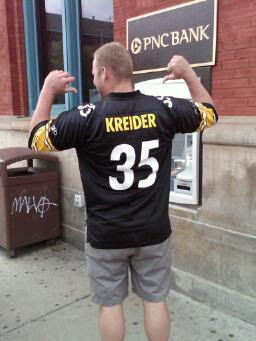 When the bros where in Pittsburgh, we saw a plethora of jersey's being worn by the Steeler faithful that defy reason as to why they were purchased and/or why they are still being worn. We wanted to share those with you now.

Above is a Dan Kreider jersey who was our fullback, albeit a great one, I just don't know too many people who purchase and wear the fullbacks jersey.


I have always been a big Jeff Reed supporter, Josh has not. Any time Reed has a big kick, Josh bets me he will miss. I have always won these bets until the Chicago game, but Josh did not offer the bet. That is why he missed.

You can see my excitement in the first pick. We saw a Reed jersey in the aftermath of the Superbowl victory on Forbes Ave. and I photographed myself with the Reed jersey in the background. The second pick is from our tailgate before the Titans game. I asked this random chick to get a pic with me because of the Reed jersey (really who wears a kickers jersey). I wanted her to face backwards but she chose to face forward. 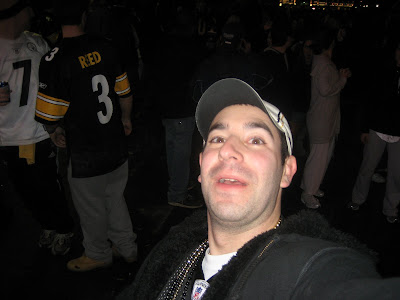 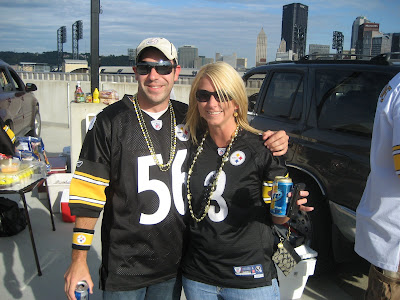 I am normally entirely against personalized jerseys, however this one is awesome. If the guy wasn't such a jagoff it would be that much better. Unfortunately, I couldn't get a straight on shot but the jersey says Mr. Picnic and is number 00. He also displayed bunting on his truck when he left for the game. 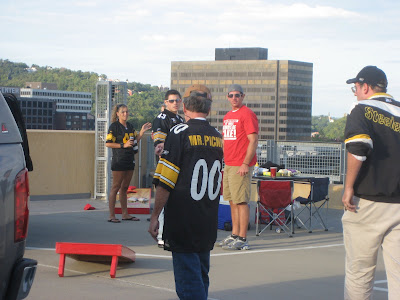 Next we have a guy wearing an "Famous" Amos Zereoue. A classic example of buying into the hype of a player that has had one good year and purchasing the jersey, which is almost as bad as purchasing a rookie's jersey before they have even play a down, only to have them drop game changing toucdown passes. (See Sweed, Limas). 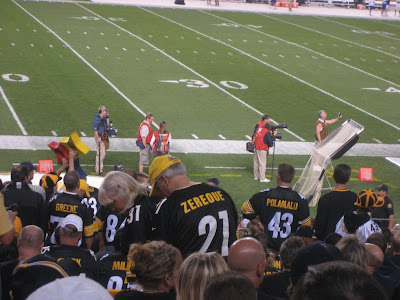 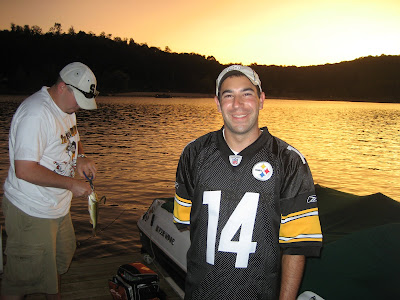 Amos is back, this time joined by Mike Logan. This couple needs to invest in some new jerseys. 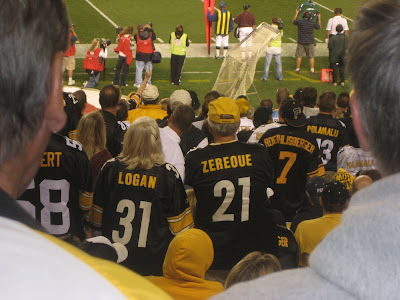 And finally another personalized jersey, I am guessing this guy just became a grandpappy. 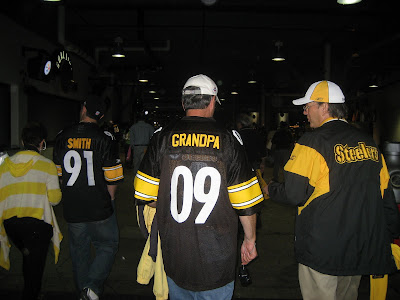