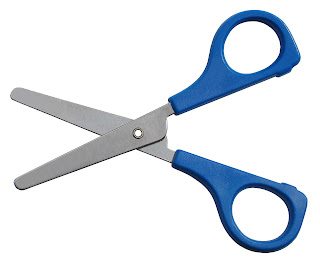 By the end of this week, the Steelers need to cut the roster from 75 to 53. Here's my best guess for the final 53.
Offense
Quarterback (3): Ben Roethlisberger, Charlie Batch, Dennis Dixon
Running Back (5): Willie Parker, Rashard Mendenhall, Mewelde Moore, Carey Davis, Stefan Logan
Wide Receiver (5): Hines Ward, Santonio Holmes, Limas Sweed, Mike Wallace, Shaun McDonald
Tight End (3): Heath Miller, Matt Spaeth, David Johnson
Offensive Line (9): Max Starks, Chris Kemoeatu, Justin Hartwig, Trai Essex, Willie Colon, Doug Legursky, Tony Hills, Kraig Urbik, Ramon Foster
Defense
Defensive Line (7): Aaron Smith, Casey Hampton, Brett Keisel, Ziggy Hood, Nick Eason, Travis Kirschke, Chris Hoke
Linebackers (9): James Harrison, James Farrior, Lawrence Timmons, LaMarr Woodley, Andre Frazier, Keyaron Fox, Arnold Harrison, Patrick Bailey, Donovan Woods
Cornerbacks (6): Ike Taylor, William Gay, Deshea Townsend, Keiwan Ratliff, Keenan Lewis, Anthony Madison
Safeties (3): Ryan Clark, Troy Polamalu, Tyrone Carter
Special Teams
Long Snapper: Greg Warren
Kicker: Jeff Reed
Punter: Dan Sepulveda
By my count, 44 out of these 53 are roster locks. A quick look at the other 9:
Stefan Logan - Beats out Isaac Redman and Frank Summers for the 5th running back spot. Logan brings much more to the team with return-ability than Redman or Summers does in any area. Redman doesn't bring enough on special teams to justify taking a chance at making him a goal line back. Which is good, because the goal line problems start and end with the offensive line.
David Johnson - This is a toss up between the rookie Johnson and Sean McHugh. I'm giving it to Johnson because of his blocking ability and because McHugh has a knee injury.
Tony Hills - In a battle of bad backups, Hills takes out Capizzi and Parquet to win the back up tackle spot. That said, if Starks or Colon goes down, expect Essex to slide to tackle and Legursky to replace him at guard.
(Note - With Stapleton on IR, Legursky and Ramon Foster are roster locks)
Nick Eason/Travis Kirschke - The back up defensive ends are battling rookie Sonny Harris for a spot on the roster. Harris has shown flashes this spring, but Kirschke and Eason played well in reserve roles last year. So I'm sending Harris to the practice squad.
Arnold Harrison- The back up linebacker battle is the toughest to predict. Bruce Davis has played better this preseason (not saying much), but doesn't bring much to special teams. I like Arnold Harrison better than Davis. Another option is to cut both Davis and Harrison to make room for an extra cornerback like Joe Burnett or an extra running back like Isaac Redman. Andre Frazier could back up both OLB positions and, in a pinch, Timmons could slide to OLB and Keyaron Fox could start at ILB.
Patrick Bailey/Donovan Woods - Bailey and Woods are developing prospects at inside linebacker and are the best options for special teams. The team may decide to keep only one of these two.
Anthony Madison - Makes the team over Joe Burnett based solely on special teams play. But, as mentioned above, Burnett may make the team in favor of a back up linebacker.
(Note - Keiwan Ratliff will make this team. He's the only back up corner with experience and he can also back up the safety position, allowing the team to only carry 3 safeties.)
Posted by Josh at 10:45 AM