The Rant: DISRESPECT! (A Prediction for the Bears Game Too) 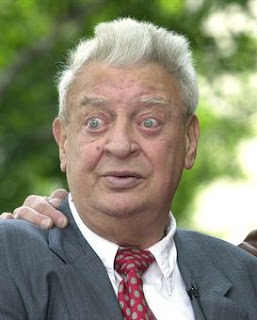 I'm a Steeler fan. And as such, I have an obligation to call out any disrespect aimed at the six-time Super Bowl Champs. Fans of every team have a disrespect complex, but Pittsburgh's is in a league of their own. The defining characteristic is that while we run around shouting disrespect, there is general consensus that the Steelers are one of the best franchises in sports.

Nonetheless, I'm still going to go Peezy on you here in this post.

The win against the Titans last week got the Steelers off to a great start. Tennessee had the best record in the league last year and creamed the Steelers 31-14. The Steelers were ready for payback. Sure, the running game was terrible, the offensive line allowed too many hits, and the defense had trouble getting pressure, but that never stopped us before. Santonio had a big game, the defense held strong, and Big Ben led the team to another come from behind victory featuring three 4th quarter and overtime clutch drives. The Steelers emerged victorious and should be praised for winning a game against a tough opponent, especially considering the loss of Troy Polamalu.

Here's what people are really saying about the Steelers:

Jerome Bettis - The Bus's comments have been flung all over Steeler nation (including a mention from the Post Gazette) and blown of proportion. He basically stated the obvious - the run game was poor and so was the offensive line play. He criticized the front office for not addressing the line and said that Frank the Tank was a bum. I'm pretty sure we discuss these same points every day here on Steezbros. What got me more riled up were these headlines from the article:

"Steelers Super Bowl Hopes take Big Blow in Week 1"
Oh noes, my team just beat an AFC contender. My Super Bowl hopes are down the drain. Puh-leeze. Troy Polamalu's injury hurts, but it's a six week injury. Unless the team loses five or six of the next six games, we're still in the playoff hunt. And #43 will be just fine come December, January, and (hopefully) February.

Jerome - I know you want to make a splash as a writer, so I'll forgive you this once. But keep spewing hyperbolic non-sense or you'll be looking for another new job.

Prognosticaters
And finally I get to the part about this week's game against the Bears. The Bears have become a chic upset pick for the talking heads. National Football writers Peter King, Michael Silver, Bill Simmons, and others love the Bears. In some ways, it's not that crazy of a pick. The Steelers are 1 - 78 (or something like that) against the Bears in Chicago. And you may have heard the Steelers have trouble running the ball.

But then again, how about a little respect for the champs?

The Bears aren't exactly red hot. Did you see Jay Cutler play in Green Bay? If Green Bay defenders could catch better than Ike Taylor, Cutler would have had 8 interceptions last week. Imagine what happens when Cutler is staring at James Harrison and LaMarr Woodley off the edge.

The media hype typically follows the teams that put up (or have the potential to put up) big statistics. New Orleans is the best team in the league because they beat Detroit. Green Bay will win the NFC because Aaron Rodgers had a good fantasy season last year and was great in the preseason. Jay Cutler threw for 4,500 yards last year so the Bears are Super Bowl contenders. Meanwhile, teams like the Steelers and Ravens fly under the radar.

The Steelers have the offensive weapons and the defensive talent to take down the Bears at Soldier Field. Especially if Ron Turner creates an offensive plan anything like last week. Sheesh, that game plan would have won a gold star from Bruce Arians. And that's not a complement. Speaking of Arians, he needs to scrap the running game on first down. Hit short passes to Heath, Mewelde, and Hines underneath. Go play action deep to Wallace and Santonio. That will force the safeties out of the box and open up the running game. Timmons will be back for the Steelers, which is good because he is needed to cover Greg Olsen and Matt Forte. Despite both team's reputations, I think the offenses come out on top.

Not to mention: Mike Tomlin is way cooler than Lovie Smith.