Six Lessons From the Preseason 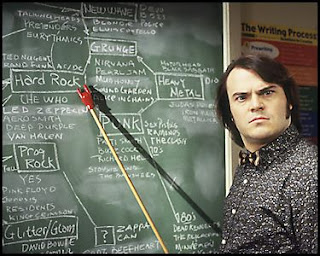 The preseason is finally over and the Steelers begin their defense of the Super Bowl Championship on Thursday night against the Titans. Even though it is boring and the most intense roster battles are for players that rarely hit the field, the preseason does provide some insights into the upcoming season. Here is my attempt to identify six meaningful trends (one for each Lombardi Trophy in the Steelers complex) that will carry into the 2009 season.

1. Wide Receiver Depth is NOT a Problem - Going into the preseason, Steeler Nation was fretting about the wide receiver situation. Sure we have two Super Bowl MVPs, but our promising #3 wide receiver left for the Titans. Other than a third round pick and the signing of a lower tier free agent, Shaun McDonald, little was done to improve the situation. Our hopes centered on the development of Limas Sweed, who struggled mightily in his first season. Well, fear not Steeler Nation. Limas Sweed looks like a completely different receiver, other than the occasional drop. Still, he has the hard part down, which is getting open. Sweed looked great in the preseason and should be able to compensate for the loss of Washington. But if Sweed can't handle the big game pressure, rookie Mike Wallace has looked outstanding. The #3 wide receiver needs to have the kind of speed to get behind a defense. Mike Wallace may be the fastest Steeler ever. He has also looked polished running routes and isn't afraid to attack the middle. Last, Shaun McDonald is playing like the crafty veteran that he is. He doesn't have the speed of Sweed or Wallace, but he can get open underneath. We'll call him Hines Ward insurance. Throw in the abilities of Stefan Logan for a gadget play or two, and the Steeler receiving corps has the possibility to be better than last year. Downside, it should be no worse. And that's a relief.

2. These Rookies Can Play - Steeler rookies are rarely asked to make an impact in their first year. Rather, they are asked to learn the system and work in situational football. This class should be no different. Still, you have to be impressed. On a Super Bowl winning team returning 20 starters and losing very few backups, it is unexpected to see 7 of 9 draft picks, one unsigned free agent, and one player from the CFL make the team. Ziggy Hood sounds like the next great defensive end. Mike Wallace is ready to contribute now. Keenan Lewis and Joe Burnett are the future secondary players. Frank the Tank takes the fullback spot. Even 7th round draft pick David Johnson took Sean McHugh's role of blocking Tight End. Kudos to the front office for finding players with potential from the last pick in each round of the draft. Hopefully, it makes up for the Bruce Davis's of the past.

3. Special Teams Should Be Special - Raise your hand if you cringed every time Mitch Berger came on the field. The Steelers had one of the worst punting games in the league last year. Nonetheless, the squad did improve greatly. It's easy to forget (ok, maybe not) that the team was one of the worst at covering kicks and punts in 2007 and was one of the best in 2008. But the poor areas of special teams - punting and returning- were addressed this preseason in a big way. Dan Sepulveda brings back the 50 yard punt with incredible hang time, making it even more difficult for offenses to score against the Steelers defense. The excitement to have Sepulveda back was evident in the first preseason game when he received a standing ovation. Sepulveda's return was expected. Stefan Logan's was not. Logan, a player from the CFL nicknamed "The Joystick" for his video game type moves, threatens to turn those three and outs into immediate points. By midseason, no one is going to want to kick to this guy.

4. The Offensive Line is Still the Biggest Question Mark - What should you do when you win the Super Bowl despite a bad offensive line? Whoever said sign the same players and draft a guard in the third round has similar thoughts to the Steelers front office. Starks, Kemo, Hartwig, and Colon still look like average players at best. Trai Essex may be an upgrade to Darnell Stapleton, but he's no better than an average guard in this league. I hate to sound like a broken record, but nothing happened in the preseason that turned this squad into a respectable group. Even though the pass protection was decent, running lanes were nonexistent throughout the preseason. The front office assumes this unit will jell the longer they play together. I hope to see some major jelling soon. And you think the starting unit is questionable. Take a look at the depth. Kraig Urbik was lost throughout the preseason and is only on the team because of his draft status. God help us if Tony Hills gets into the game. Doug Legursky and Ramon Foster played well on the inside, but neither of the undrafted players have ever played in a real NFL game. I don't want to sound too negative, but be prepared for as many SteezBros posts attacking the offensive line as there are posts criticizing Bruce Arians. That's to say, a lot.

5. The Defense Can Still Play - Sure it was meaningless. But the defense allowed only 37 points in four preseason games. James Harrison, Troy Polamalu, Aaron Smith, LaMarr Woodley, James Farrior are still playing. Dick LeBeau is still the DC. Need I say more?

6. No Super Bowl Hangover This Year - We all remember what happened in 2006. After a great Super Bowl run, the Steelers started 2-6. It won't happen again. As much as I hate to criticize Bill Cowher, his (later revealed) waffling about retirement affected the team. So did Big Ben's motorcycle accident. Those distractions are gone (and don't mention the civil lawsuit which now sounds completely frivolous). Mike Tomlin had this team focused throughout the preseason. Even the men at the bottom of the roster, were playing hard. The leaders of this team learned from 2006. This group is talented. The team is still hungry. Anything less than an AFC Championship appearance is disappointing.
Posted by Josh at 10:33 PM

Amen to no more Berger punts. If we can win a superbowl with him and absolutely no return game, we should at least be able to contend with the improvement in field position.

Just a quick thought/question - Do you guys feel that we will suffer on special teams coverage given that some of our better coverage guys (Madison, Davis) were released in an attempt to improve the return game. Remember this was a major problem two years ago that I believe could rear it's ugly head again. If so, it would offset any improvements we have with a better return game. Thoughts???

I do not feel that we will have a serious drop in our coverage units this year for a couple of reasons. There may be a small drop since the units were outstanding last year. The reason people like Madison and Davis were released is that the rookies can contribute on special teams now like Anthony and Carey but they may improve to starter status in the near future which the former players didnt have that potential. This preseason I noticed our rookie corners Burnett and Lewis making some nice special team plays as did Ryan Mundy. Plus even though Keyaron Fox will start Thursday he has been our top special team player the past few years and will remain on those squads. I think Josh mentioned this but with Sepulveda back there will be more hang time on kicks which allows the coverage team to be in the returners face much quickly and should be as he catches the ball.

I'm always worried about the return teams. After being conditioned to expect the worst on all kicks and punts, I was never fully comfortable last year, even when we were the best in the league. Remember, the team gave up big kick/punt returns in the San Diego and Baltimore playoff games. I do think it is something to keep an eye on. We still have Patrick Bailey, Keyaron Fox, and Arnold Harrison on special teams. Frank the Tank can replace Carey Davis and I hope Joe Burnett can take Madison's place. Sepulveda's hang time should help too. That said, I'll still be nervous watching the coverage units. My prediction is that we will be a little worse at coverage and A LOT better at punting and returning. Overall, net gain for the Steelers.